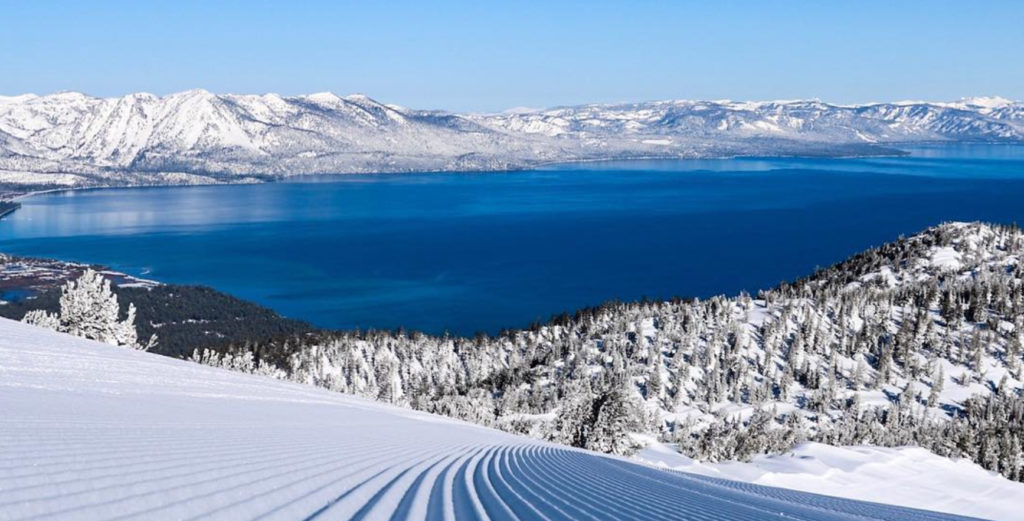 Hotham Academy Trainers Heidi Ettlinger and Richard Jameson live and reside in Lake Tahoe during the USA winter, which is located in the Sierra Nevada Mountain Range in Northern California. Being a ski instructor is a dream job most of the time, but ski instructing this year was a little different in Lake Tahoe. This season broke all records with a snowfall of 660 inches recorded so far at Heavenly Ski resort where Heidi and Richard live and play. That’s over 16 metres of snow in 1 winter! Check out some of these incredible photos taken from the slopes at Heavenly this season…… 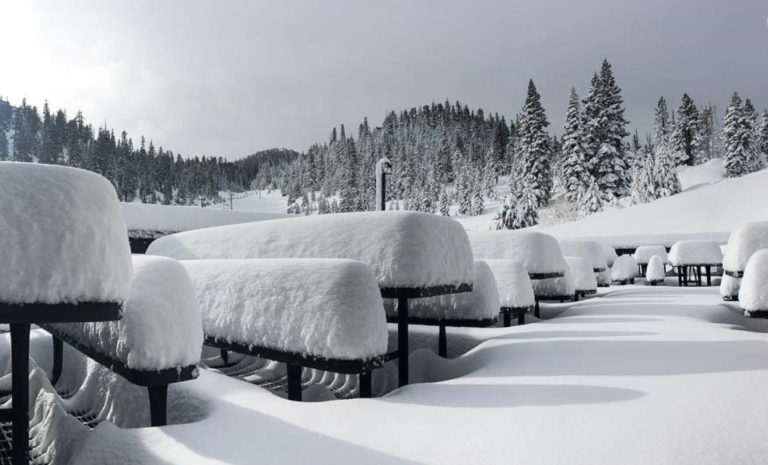 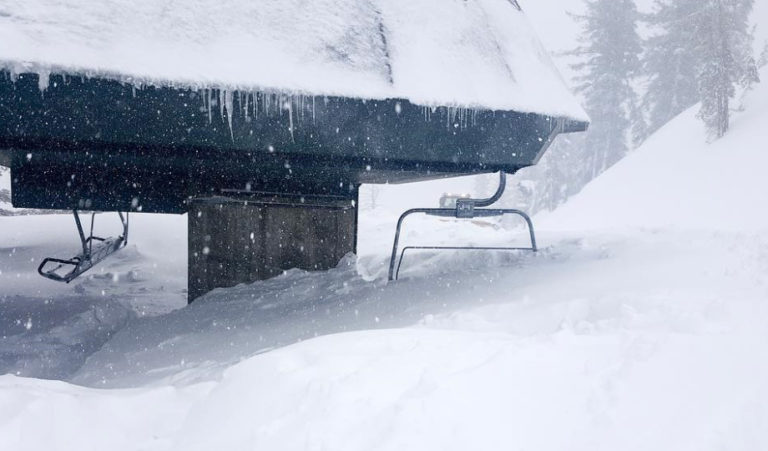 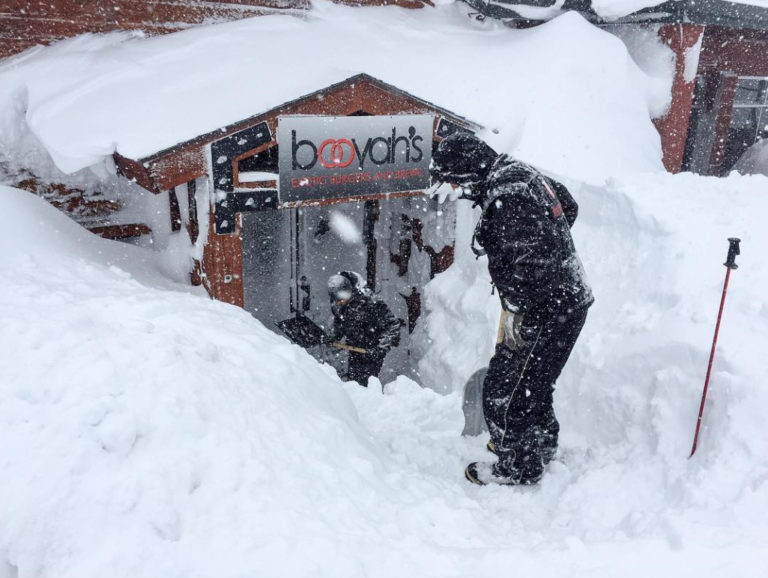 The Heavenly staff had tons of powder skiing but also plenty of practice at snow shovelling this season!! Most day lodges that you normally walk upstairs to get in, had snow tunnels leading you down into them instead…..

There certainly was a lot of snow…… This graph was created in mid-March. And it’s still snowing outside at the end of April!! I guess mountain biking will not be happening this spring…..

Where there’s an epic season being recorded, it wasn’t surprising to see some of the Hotham Academy Crew drop in for some fresh tracks. It was great to put into practice all the technical training over the years and adapt them to some classic powder turns. 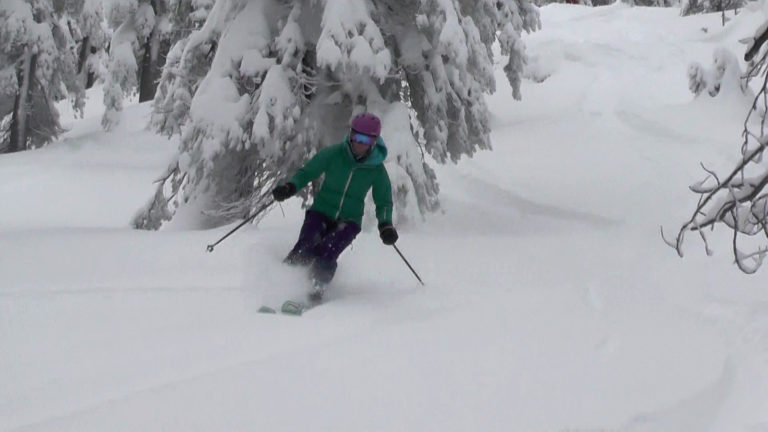 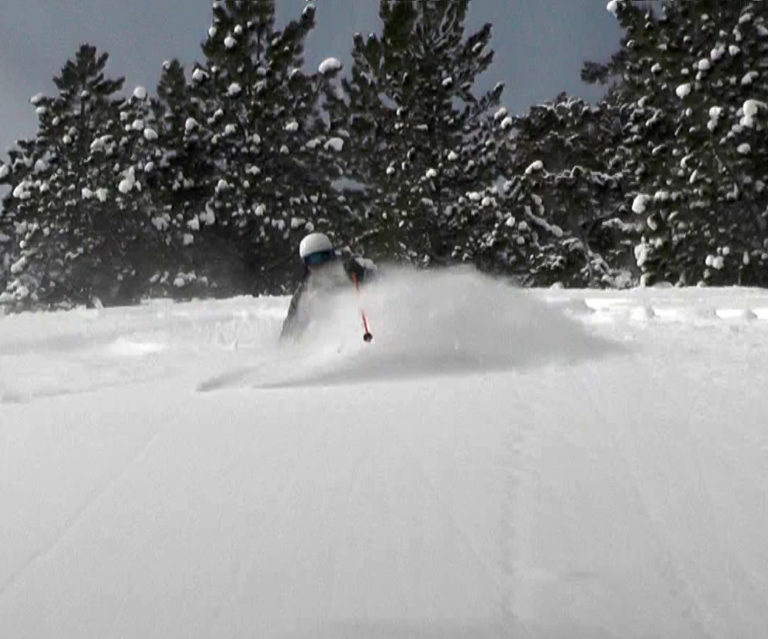 It’s all about the float!

Hopefully, we will see some deep snow in Hotham this winter. Here’s 5 quick tips to help you in the fluffy powder if we do.

A ski that’s at least 100mm in waist width is a good start to making the powder easier. A wider ski will help you float more on top of the powder, making the skis easier to turn. The Nordica enforcer was a ski of choice this season in the states and was voted one of ski magazines “ski of the year”.

Especially if you find yourself on a narrower ski in the powder, try to keep your skis together as close as possible. One platform is better than 2 separate ones for floating in the deep snow. Try to make the 2 skis act as one and you will be able to turn them where ever you want to go. A good thought is to imagine there’s a tennis ball between your boots and you need to squeeze it so that you don’t drop the ball as you go down the run. This constant muscle tension or squeezing sensation will hold the platform together and stop the powder snow pulling your feet apart.

3. An even weighted platform

Usually we teach people to stand 100% on their outside ski to maintain balance and get the edges to bite into the snow. However, in the powder this will make your outside ski sink and diverge away from your other ski (this is when bad things happen!). Try to weight your skis more 50/50 or even on both feet. Once again this more even weight distribution will help the skis act as one platform and keep you floating better on top of the soft snow. 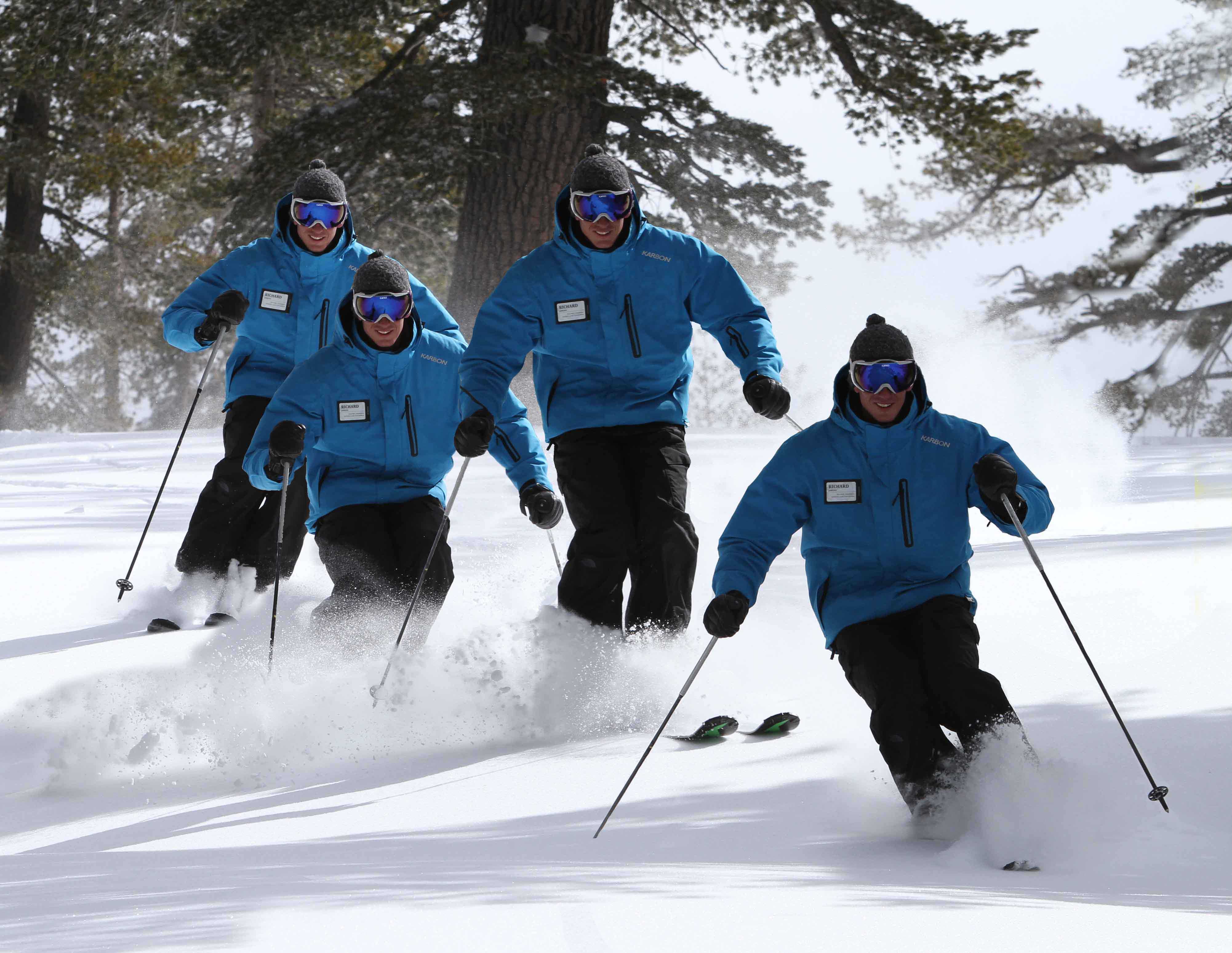 4. Going up and down

Aggressively extending through the transition of your turns by popping up will help your skis seek the surface (or even get out of the snow), making them easier to turn. You will look like your bouncing through the snow rather than bogging down in it! Once your speed increases and your skill level grows you can calm this motion down to a smoother transition from turn to turn

Making sure you are not on a run too steep, try to finish your turns less and ski more down the fall- line. The added speed and consistent pull down the mountain will again keep you more on top making the skis easier to direct where you want them to go. 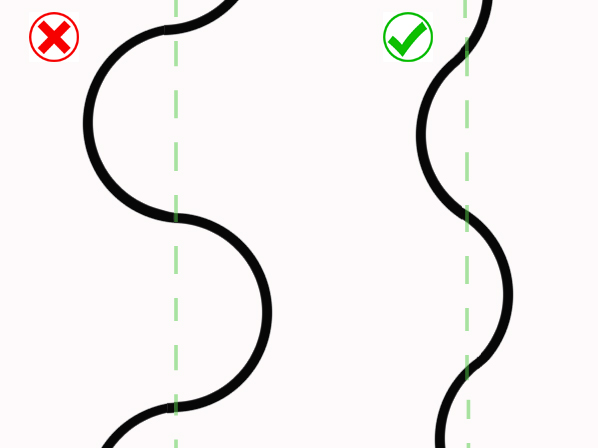